Katelios is a small fishing village on the south coast of Kefalonia down in the south east corner of the island, roughly 32km from Argostoli the capital which is about a 40 minute drive.

Transfer times from Kefalonia airport to Katelios will likely be between 45 minutes and an hour depending on if you’re the first or last drop off.

Although Katelios is a pretty quiet village there are still all the facilities you might need, there’s a number of nice restaurants, mostly adjacent to the beach but some up the side streets too, there’s a vehicle rental shop and a good selection of hotels, villas and apartments in the surrounding area.

Katelios is known for great fish tavernas and scenic walks, it’s ideal for nature lovers especially as there are often Caretta turtles to be seen in the beaches around Katelios, particularly at near by Kaminia beach.

If you'd like to stay in the area then have a look at the Katelios page of booking.com here. Alternatively find a great package holiday through Tui here.

The nightlife in Katelios is low key, it’s based around having a nice meal and a few drinks, there’s no clubs and not many bars stay open late although they do tend to stay open until the last person leaves so you can stay out if you really want to.

Don’t expect much in the way of entertainment, you may find the odd taverna with live music but that’s about it. If you want more then Skala is around a 15 minute drive away so you can easily head there for a night out.

What to do around Katelios

One of the problems with Katelios is that it’s down in the south of the island which means it’s not great for exploring the island, it’s over an hour from Myrtos beach, Assos and Fiskado and just under an hour from Melissani lake cave and Drogorati caves.

If you like spending the days on the beach then Katelios has you covered, there’s Kaminia beach which is huge sandy beach that’s normally pretty quiet, there’s also Skala beach which is more tourist focused with water sports and tavernas. Katelios Beach by PapaPiper
If you have photos from Katelios that you'd like to share then please use the form below to send them to us. Thanks!

If you would like to share your thoughts on Katelios with our visitors then please fill in the form below to send them to us. We want Which Greek Island to be as accurate and informative as possible, so, if you notice anything wrong with this listing about Katelios or any other page please let us know. 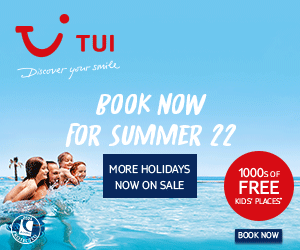